What is bone metastases? 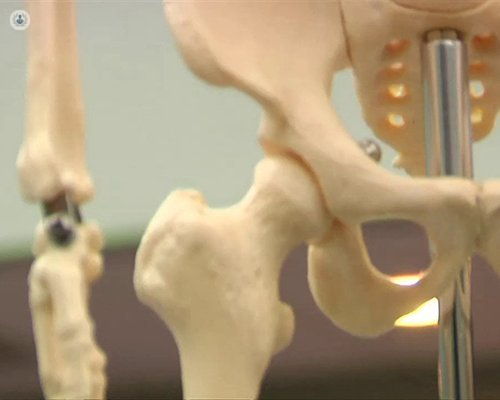 How does bone metastases happen?

Cancer can spread from the primary cancer site to other areas of the body through the lymphatic system or through the bloodstream. Bones are a fertile area for tumour growth as they have a constant cell turnover, and cancer cells attach better to bones, though doctors are currently unsure as to why.

Cancer types which are most likely to spread to the bone include breast, prostate, lung, kidney, and thyroid cancer.

What are the symptoms of bone metastases?

Bone metastases can cause bone to either form or be destroyed, or in some cases, both. Symptoms of metastasis in the bone include broken bones, as the bones weaken, pain felt in the bones, and symptoms related to excess of calcium (feeling very thirsty, nausea, loss of appetite) which is released into the bloodstream as the bone is destroyed.

What is the treatment for bone metastases?

Once cancer has started spreading, it is difficult to then control it and treat it. Bone metastases, in most cases, cannot be cured or reversed.

Treatment for bone metastases largely focusses on relieving symptoms and improving quality of life. Options include bone strengthening, surgery to repair bone damage, medication to reduce damage to the bone, and trying to treat the tumour itself through procedures such as ablation or MRI-guided ultrasound.

The primary cancer, if not treated already, must be treated, usually through chemotherapy, radiotherapy, or hormone therapy.

The risk of bone metastases developing depends on many factors, such as the type of primary cancer developed and the age the patient develops the cancer. It is important to note that the risk is relatively small. It is not yet possible to entirely prevent metastasis.

Bone metastases is often treated by a multidisciplinary team as different specialties are involved in different areas of the treatment – e.g if surgery is necessary, a surgeon will be involved in treatment, or a radiologist for ultrasound-guided procedures. However, the doctor who assesses, diagnoses and treats cancer is an oncologist.