Psychoanalysis is a therapeutic method that involves the patient deal with internal conflicts, ie, it is a way to observe and investigate the human mind. Its aim is to understand and explain its operation in order to establish the best therapy for the patient. Its founder was the renowned neurologist, Sigmund Freud, early twentieth century and has evolved significantly to today. The method involves making different sessions between forty-five and fifty minutes several times a week, usually four or five, for several years, since reaching interpret unconscious processes, the source of the problems of the person and changes internal require a long and laborious work. Psychoanalytic theory states that the constitutional and genetic factors shape the personality and imbalances. There are also other influential factors such as experience at birth, relationship with parents, sexuality, losses, fears and how to live and manage anxiety. All this creates a pattern of feelings, fantasies and unconscious and interpersonal relationships that are at the origin of the patient's problems. 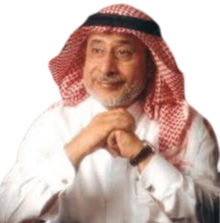 What are the different types of psychotherapy available in...

Psychotherapy is used by psychiatrists instead of medical or surgical treatment to treat psychological problems. Find out more about these talking therapies, including CBT (cognitive behavioural...