Pre-diabetes is a term for people who are at a greater risk of diabetes but do not yet have a diabetes diagnosis. 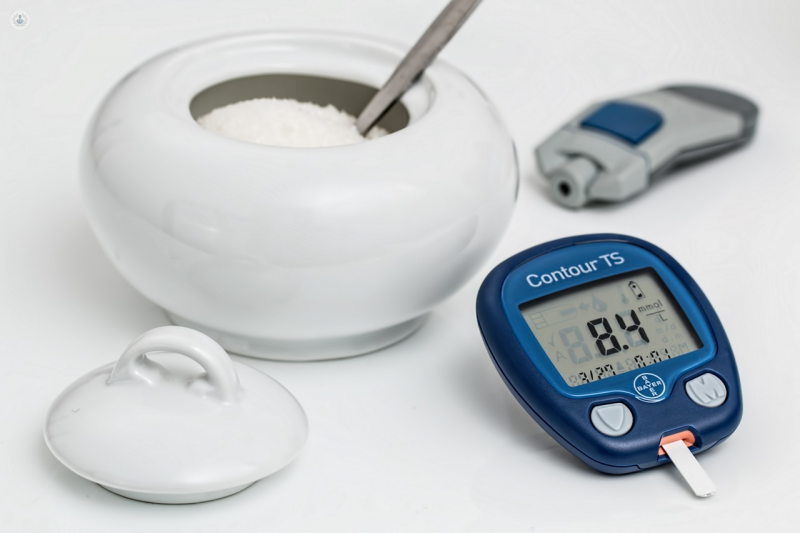 When is someone diagnosed with diabetes?

A person is diagnosed as having diabetes if they show symptoms such as passing urine often, excessive thirst, or unexplained weight loss, as well as abnormal blood sugar levels.

Diagnosing diabetes involves carrying out different tests to look at what happens if you are given sugar, and what happens to your blood sugar levels over time. You are diagnosed with diabetes if you have:

Having specific “cut off points” like those above is useful, because when researchers test new treatments on diabetes patients it is easy to know which patients to include, and different studies can be compared to one another.

When is someone diagnosed with pre-diabetes?

The American Diabetes Association has a definition of pre-diabetes as abnormal glucose levels with the cut-off points for various blood sugar tests being lower than for diabetes. The term “pre-diabetes” was coined to identify people with a greater risk of developing diabetes due to already abnormal blood glucose levels.

However, you are very unlikely to receive a diagnosis of pre-diabetes in the UK. Neither the National Institute of Clinical Excellence nor the World Health Organisation recognises the term. This is because:

Some doctor might suggest you have “pre-diabetes” as a motivational strategy to encourage you to adopt a healthier lifestyle, but this should not be taken as an official diagnosis.