There are three types of haemophilia: 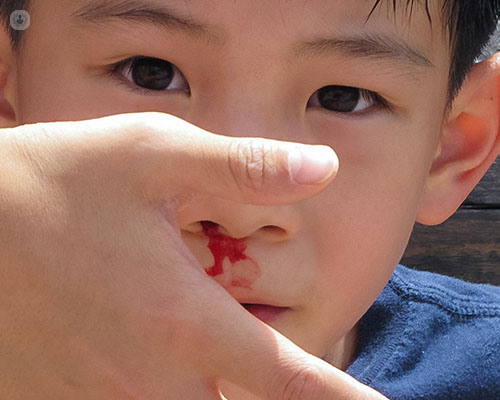 Haemophilia has no known cure, but treatments can minimise the risk of severe bleeds and avoid potential future complications. Possible complications include:

Your symptoms will vary depending on the severity of your clotting factor deficiency; in milder cases a bleed might occur during surgery or following trauma, whereas severe cases might have a major bleed for no particular reason. This is called ‘spontaneous bleeding’.

Symptoms for haemophiliacs can include:

Blood tests can diagnose haemophilia and how severe it is. Blood is analysed for the various clotting factors present. If there is no known family history of haemophilia, it will usually be diagnosed when a child starts to crawl or walk. Midler cases might not be diagnosed until trauma or surgery.

What are the causes of haemophilia?

Haemophilia results from an inherited genetic mutation and is more common in males. The disease is characterised by deficiencies in certain clotting factors which help the blood to coagulate and stop bleeding.

Can haemophilia be prevented?

As haemophilia is an inherited disorder, there is no way to prevent it. However, if you are conceiving via in vitro fertilisation (IVF), fertilised eggs can be tested for haemophilia before they are implanted.

Treatment will depend on both the type and severity of haemophilia. Treatments either aim to prevent bleeding or to treat a bleeding episode.

If you have a child with haemophilia, you will be shown how to administer these injections until they are old enough to learn themselves. If you suffer joint damage as a result of your haemophilia, you may require physical therapy to improve mobility, or eventually joint replacement surgery.

Which type of specialist treats haemophilia?

How much do you know about haemophilia?

Separate the fact from the fiction! A true-or-false guide to haemophilia!

5 blood disorders you need to know about

Our blood is key to our survival, but blood disorders and blood cancers like haemophilia and leukemia can prove deadly. Discover more...