What is a gamma knife?

A gamma knife is not, in fact, a physical ‘knife’ in the traditional sense of the word, but is a precise form of radiation therapy used to treat tumours, malformations, or nerves causing problems in the brain. 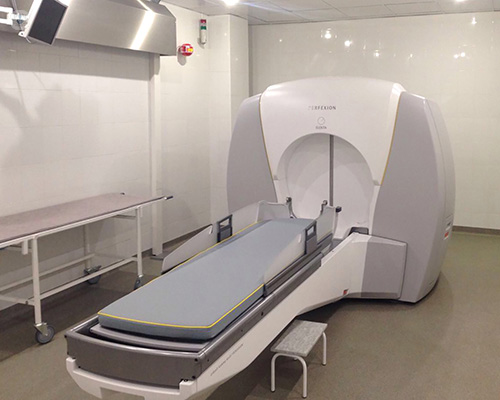 Why is gamma knife surgery performed?

Gamma knife surgery may also be used instead of a craniotomy, as it is especially useful for patients who do not have the option of a craniotomy open to them.

How is gamma knife surgery performed?

A frame is fitted onto your head, and you will be positioned on a bed for treatment. Once everything is in place, the specialist will leave the room, just like they would during an MRI scan. You can still speak to them through the microphone in the room, and they can watch everything that is going on. You will then be moved into the ‘unit’ where the gamma knife procedure is carried out.

Radiation treatment is applied in high doses to very specific areas of the brain, making sure surrounding healthy tissue is not damaged. This radiation does not cause pain, and you won’t feel anything during the treatment.

Gamma knife surgery is generally carried out over one session, though it may be necessary to have more. Sessions can last from 30 minutes to 1 hour and a half, though on some occasions they may be longer. Some sessions may be broken up into smaller parts, with the specialist positioning you again after each break.

Before gamma knife surgery, a CT scan will be performed, which will help to locate the exact area where the tumour or other malformation is positioned. If the gamma knife procedure is being performed because of a vascular condition, a test called an angiogram may be performed. In this test, a catheter is introduced into a blood vessel (usually in the groin), and a special type of dye is inserted which shows up on X-rays.

Before the procedure, you’ll also need to have the frame which holds your head in place fitted. This frame will be fixed to your head with pins, which may be uncomfortable, but not painful.

After the procedure is finished, you will be able to rest for a while in the clinic or hospital. This allows your doctor to monitor you and give you medication for pain or a headache, if you have one. Generally you will be allowed to leave the clinic on the same day or on the day after the procedure, but you should make sure someone is there to take you home or accompany you.

While radiation therapy is used in the treatment, radioactivity isn’t anything to worry about and you can be around others after the procedure. In the days following the procedure, you may have a headache, and you can take over-the-counter painkillers to help with the pain. Your doctor will arrange a follow-up appointment with you to see how well the treatment has worked. 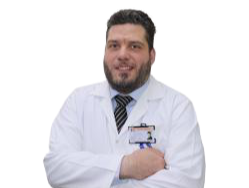