What is an endocrine test? 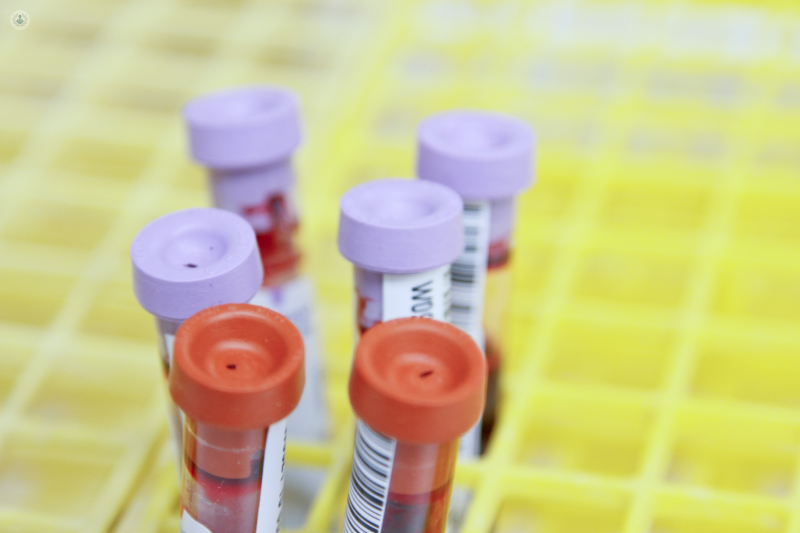 An endocrine test can help diagnose a variety of specialities and hormonal diseases, including:

What does it consist of/involve?

Some of the diagnostic tests can include:

Why are endocrine tests done?

Hormones have influence over many physiological aspects, including secondary sexual characteristics, fertility, growth, metabolism and sleep. So, it's often important to check that the hormones are functioning properly.

Endocrine tests are done for different reasons that can range from feeling weak, lethargic or fatigued to experiencing gynaecomastia.

The symptoms of an endocrine disorder can vary widely and depend on the specific gland involved.

An endocrine test can check for endocrine disorders

How do you prepare for an endocrine test?

It will vary on the test, however prolonged fasting is a sensitive procedure for detection of endogenous hyperinsulinism (sensitivity >90 %). It requires fasting.

What should be expected from an endocrine test?

It will depend on the test. In many cases, urine and bloods tests are used to check your hormone levels, in some cases, Imaging tests are done to pinpoint or locate a tumor or other abnormalities that may be affecting the endocrine glands.

Treatment of endocrine disorders are often complicated, as a change in one hormone level can throw off another. Your doctor may order routine blood work to check for issues or to determine if your treatment plan or medication needs to be adjusted.

What do abnormal results mean?

The way abnormal results are read will depend on the testing method used.

However, an endocrine test can often uncover some of the following conditions:

What are the latest developments in endocrine tests?