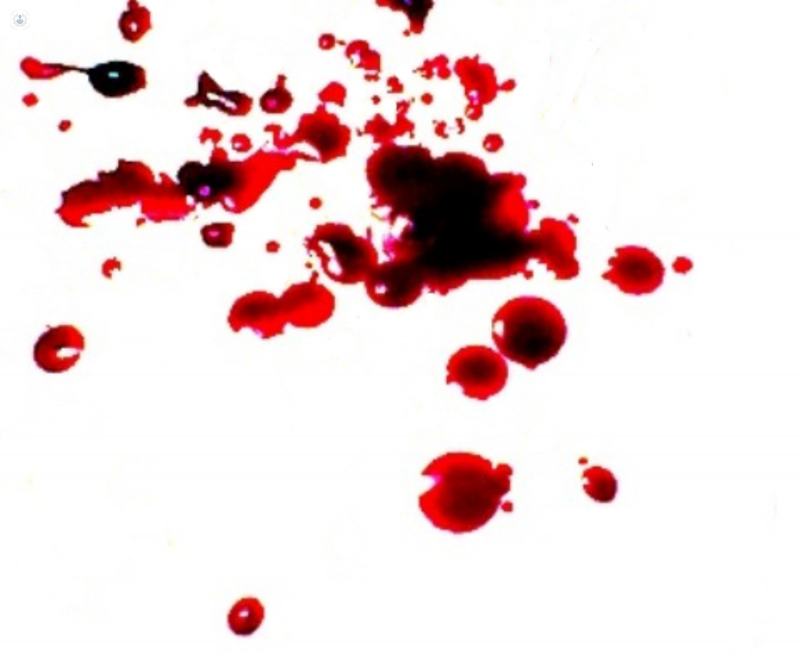 Coughing up blood (the medical term for which is haemoptysis) can be a symptom of a number of conditions. As some of these conditions can be serious, you should consult a doctor if you cough or spit up blood. However, although it is a worrying symptom, it is uncommon for it to be indicative of a serious problem in younger patients who are otherwise physically well, whereas in older patients, or patients who smoke, it is more of a cause for concern.

Haemoptysis can manifest in a few different ways:

While the first two varieties are often caused by prolonged coughing or a chest infection, the latter two could indicate the problem lies in the digestive system, which is likely a more serious problem.

What causes you to cough up blood?

There are a number of possible causes of haemoptysis.

An internal injury such as broken ribs could also cause you to cough up blood. If you begin coughing up blood after a fall or chest injury, it is important to seek medical attention.

Sometimes the cause cannot be found, and the problem quickly resolves. Nonetheless, given the severity of some of the conditions that can cause you to cough up blood, you should get yourself checked by a doctor if you experience this symptom.

Given the numerous possible causes, it may be impossible to prevent. However, smoking, breathing polluted air, and ignoring a persistent cough are all risk factors.

What is the treatment for coughing up blood?

The treatment for haemoptysis depends entirely on the cause. The first step is to diagnose that cause. Your doctor may run tests such as a chest X-ray, chest CT scan, bronchoscopy, sputum culture, or a lung biopsy in order to examine what is going on inside you and eliminate possible causes or identify the problem.

If it turns out to be nothing more than irritation of the throat due to excessive coughing, it could be that throat lozenges prove sufficient to stop the haemoptysis. In the case of an infection, medication prescribed by your doctor may provide the solution. If the bleeding is severe, you may have to be hospitalised, and some conditions that cause haemoptysis may require surgical intervention.