What happens after embryo transfer?

The in vitro fertilisation (IVF) cycle includes the stimulation of ovarian follicles to make them more receptive, a recovery period for the ovaries, fertilisation, and the placement of the embryo or embryos inside the uterus. The last stage of IVF treatment for infertility, this is called embryo transfer and it is a simple, painless procedure in most cases. A thin catheter is introduced into the cervix and the embryos are deposited at the back of the uterus. The discomfort that the woman may feel is comparable to a smear test. 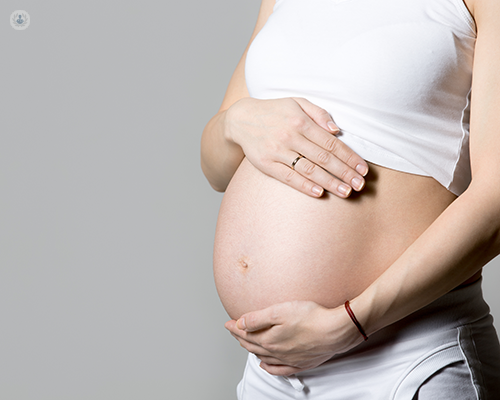 Possible side effects after an embryo transfer

You may experience a range of side effects both during and in the days following an embryo transfer. It is very important to bear in mind that these symptoms do not tell us whether the procedure has been successful or not. The only thing that tells us this with certainty is a pregnancy test, which cannot be performed until two weeks after the embryo transfer.

It is possible you will feel tired or dizzy, which is normally due to the use of progesterone, necessary in the IVF. This medication, which is generally used vaginally, can also cause excess discharge.

There may be a small amount of bleeding in the two weeks preceding the pregnancy test. This does not mean you are not pregnant, the same way that the absence of blood does not mean the embryo transfer has been successful.

You may also experience nausea, which could be due to the hormonal procedure, as well as breast tenderness or other changes due to IVF treatment. Some women notice pelvic discomfort similar to that experienced during menstruation. This symptom can be caused by the ovarian stimulation, as the ovaries may be larger than usual, and by the changes that can occur in the uterus.

In the two weeks between the embryo transfer and the pregnancy test, we recommend that the patient try to remain as active as possible. Try not to avoid plans or activities as you should try to keep your mind occupied. This will help you avoid thinking too much about the side effects and drawing conclusions about the results of the procedure.